Toward a Fairer, More Transparent and Less Wasteful ICO Model

Initial Coin Offerings are all the rage these days. Projects in the cryptofinance space offer tokens for sale that will have to be used to buy goods or services in the application once it launches. Investors buy these tokens because they think they will increase in value in the future.

ICOs allow projects to raise money for development & marketing, to reward creators, and they are a way of distributing the tokens among future users of the app that also incentivizes these users to promote the app: the more users there are in the future the more the tokens will be worth, after all.

As Reuben Bramanathan and Vitalik Buterin have described, there are several forms these ICOs can take, each with their own advantages and disadvantages. In this post I first describe how introducing two elements – a lottery & a refund – may offer a solution to one of the problems they both discuss. Then I explain objections to that solution and a way of addressing these objections. 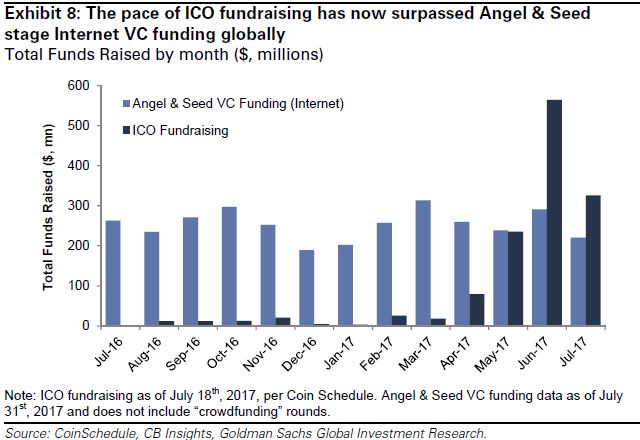 The Problem
Ideally, when an investor buys tokens she knows what percentage of the total number of tokens she will be holding. She may want to invest $1000 if she knows that her share will represent at least .01% of all tokens in circulation, but not if it only represents .001%. Moreover, when an investor wants to participate she would like the certainty that she will be able to.

There is a tension between these two goals: To provide the certainty that e.g. a $1000 investment will buy at least .01% of all tokens in circulation, an ICO needs to be capped at a certain level. But if an ICO is capped, and demand is larger than that cap allows for, some investors will be disappointed and not be successful in buying tokens.

This creates a well-founded fear of missing out which in turn incentivizes would-be participants to pay huge transaction fees to miners to increase the likelihood their buys are included in the first couple of blocks before the cap is reached. In the past couple of months token sales often sold out within minutes or even seconds. These high fees don’t benefit the project the ICO is for and they represent deadweight losses. But they are the natural result of capped sales that in turn were the solution to the problem of providing investors with the certainty of a minimal share in the project.

Capped sales are also a solution to the accusation of greediness that is often hurled at project doing ICOs where there is no limit to how much money can be raised. One fear is that if an ICO raises too much money the people behind the project may have already reaped significant financial rewards before they even bring the app to market. That may make them less incentivized to continue working on the project or to work as hard, which in turn threatens the value of the tokens the investors just bought.

So there are good reasons to want to put a cap on an ICO – it guarantees a minimum share for participants & it keeps the creators incentivized - but also a significant downside in that it undermines the certainty of participation and creates deadweight losses.

A Solution
Now imagine an alternative model: A 2-week long capped ICO where participants buy not tokens but lottery tickets. People with winning tickets get tokens, people with losing tickets get their money back.

Suppose for example that the ICO’s cap is $10 million. There are 1 billion tokens that will be distruibuted, and an unlimited number of lottery tickets that can be sold during the 2-week long ICO. $10 million for 1 billion tokens means 1 tokens costs 1 cent.

The cap guarantees successful participants a minimal share. The 2-week long period in which an unlimited number of lottery tickets can be sold guarantees that everybody who wants to participate in the ICO can do so without having to outbid each other – creating deadweight losses – in order to be included in the first few blocks, and without financial risk as people with losing tickets will get their money back.

The concession this model has to make is that even though it guarantees all investors participation in the ICO it does not guarantee all investors will get the number of tokens they want, or even any tokens at all. What it does offer would-be investors is a fair shot without financial risk and it prevents deadweight losses. But…
One problem with this solution, however, is that it favors people with large liquidity. If I want to invest $1,000 and I have only $1,000 cash available to buy lottery tickets, then I have a much lower chance of winning tokens than somebody else who may also only want to invest $1000 but who has $1 million in cash lying around that she can use in that 2 week period.

A downside for her is that these funds are locked up for 2 weeks while they could be earning money elsewhere in the economy. So there seem to be deadweight losses in that respect. By buying her tickets as close to the end of the 2-week period as possible she can minimize this cost. Of course, if everybody else thinks similarly there will again be a frenzy but this time at the end not the start of an ICO. But the opportunity cost involved in having your money locked for a couple of days or weeks is small, especially compared to the risk of missing out on participation entirely. So there is much less risk of a frenzy.

Another downside though is that she may end up with more tokens than she actually wanted. This too does not seem that big a problem though: Given the cap on the sale, demand at the current price outstrips supply so she can easily sell off her surplus of coins, likely for a higher price than she bought them for, directly after the sale ends.

So there is little to stop people from using all the liquidity that they have to buy lottery tickets, and this favors the rich over the poor  - or high liquidity people over low liquidity people anyway - even if they want to buy the same number of tokens and are both able to pay the set price.

Way Out?
There are a couple of possible responses to this problem. Firstly, refund holders of losing tickets not 100% but e.g. 95%, and use the non-returned money for the project or distribute it equally over winning and non-winning tickets. If I want to buy $1000 in tokens I am less likely to want to buy e.g. $10,000 worth of lottery tickets if I only get a $8,500 refund for the e.g. $9,000 I paid for losing tickets than if I were to get the full $9,000 back.

The obvious downside to that solution, however, is that investing in the ICO is no longer financially risk-free or costless. It may also increase the legal issues surrounding ICOs as the tokens would now have elements of not just securities but of actual lotteries as the lottery aspect is no longer risk-free.

Another solution is to to cap not just the total amount that can be raised in the ICO but also the number of lottery tickets (or the number of tokens) any individual can buy. The problem here is that this most likely would create privacy issues as there has to be a way of linking purchases to an identity, for example via a Facebook account or government identification card. There could be ways to disconnect these two elements post-sale and to instantly destroy the records, however, similar to how e.g. Protonmail asks users for a phone number when they sign up but supposedly instantly destroys that record after sign-up is complete.

Redistribution
A third apparent disadvantage is that such a cap on an individual's purchase could create a secondary market where somebody who wants to make a large purchase will pay others to buy tokens for her. It is not clear, however, that this is necessarily a problem. The goal of having an individual cap is to make sure as many people as possible get a chance to participate and that people with large liquidity are not privileged over those with less liquidity. Even if a secondary market would arise where would-be large buyers pay smaller individual buyers for their tokens, this would mean those individual buyers will have been able to profit from the ICO.

It would be akin to governments in Eastern Europe after the fall of communism issuing shares in to-be-privatized industries to all citizens. People could immediately sell these shares to investors but they will still have profited from having had them in the first place. 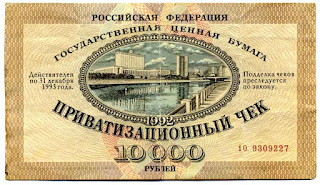 This aspect of the ICO model points to a moral, redistributive dimension that other models described by Bramanathan and Buterin lack. By capping the total amount that can be raised in the ICO the tokens are more likely to increase in value post-sale than in the case of an uncapped ICO. And by capping individual amounts these gains are distributed over as many people as possible, with high liquidity people having no advantage over low liquidity people.

Moreover, as suggested above, in order to disincentivize people from buying as many lottery tickets as their liquidity allows them to, only e.g. 95% of the funds used to buy losing tickets could be returned directly to the holders of the losing tickets. The remaining 5% could be distributed equally over all those who participated in the ICO. That way the mechanism that prevents high liquidity people outmuscling lower liquidity people would also result in smaller investors being given a small subsidy by larger investors.

ICOs hold a lot of promise, but there are fundamental tensions and tradeoffs between the different elements that would make up the ideal ICO. I suggested two mechanisms - lotteries and refunds - that could help reduce these tensions, as well as some ways to address the problems resulting from these mechanisms. This new model would also give more people an opportunity to participate in ICOs and share in the potential profits (and risks!) to be made from them.