Bitcoin's First Use as a Medium of Exchange?

Every May 22 bitcoin enthusiasts celebrate Bitcoin Pizza Day. In 2010, back when hardly anyone had heard of bitcoin, Laszlo Hanyecz used his bitcoins to buy two Papa John's pizzas. Hanyecz sent 10,000 BTC to a fellow BitcoinTalk forum user, jercos [sic], who bought the two pizzas from Papa John's using his credit card and had them delivered to Hanyecz's house.

This Bitcoins-for-Pizzas transaction is often regarded as the first real-world bitcoin transaction or purchase, the first transaction in which bitcoin was actually used as a medium of exchange. Wired wrote:

Laszlo Hanyecz, a Florida programmer, conducted what bitcoiners think of as the first real-world bitcoin transaction

And economic researcher Peter Surda had this to say:

This example of a trade of Bitcoins for a pizza is indirect exchange and therefore, from that time on, Bitcoin has been a medium of exchange. 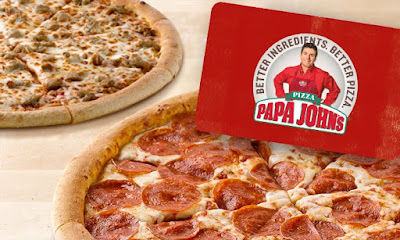 Think about it. What normally happens in indirect exchange is the following:

Mary wants to buy a pair of socks and has some apples to sell. She sells the apples not directly for socks from Ali but for dollars from Vijay. She then uses those dollars to buy the socks from Ali, who in turn will use the dollars for whatever he wants to buy. So the dollars are the medium through which the exchange of apples for socks between Mary and Ali is facilitated.

But in reality it is usually difficult, time-consuming, costly and unlikely to find somebody who:

But that's not what happened in the case of the Bitcoins-for-Pizzas transaction.

So rather than the bitcoins being used as the medium of exchange it was the dollars that were the medium used to exchange bitcoins for pizzas.

So the Bitcoins-for-Pizzas transaction was a peculiar form of exchange that lies exactly in between the standard forms of direct and indirect exchange, respectively. And in it, bitcoins were not used as the medium for the exchange.


Bitcoin's Unbearable Unsaleability
When you think about it, it makes perfect sense that the Bitcoins-for-Pizzas transaction was not an example of indirect exchange.

In indirect exchange a less saleable good is exchanged for a more saleable good in order to obtain a third good. A good is only sufficiently attractive as a medium of exchange if people are able to sell it whenever they want at 'economic prices', i.e. prices that correspond to the general economic situation.

For a good to be saleable at 'economic prices' there needs to be a considerable and widespread demand for the good. After all, many goods are easily and almost instantly saleable if you just lower their price enough, but for a good to be attractive as a medium of exchange it needs to be easily saleable at regular market prices instead of at drastically lowered prices.

But when we look at the state of bitcoin in 2010, it is clear that back then bitcoins had exceedingly low saleability. Whereas billions of people accepted dollars as payment maybe only a couple of dozen people accepted bitcoins. It would have been much easier for Hanyecz to buy his pizzas with the dollars on his credit card. It is no surprise then that it took a few days before somebody (jercos) took him up on his offer of 10,000 bitcoins for two pizzas.

So his motivation to buy bitcoins cannot be explained by a desire to buy a medium of exchange. Some other factors - e.g. curiosity, coolness factor, ideology, speculating on price increases) - must have been at play.

One reason we may be tempted to view the Bitcoins-for-Pizzas Purchase as an example of indirect exchange points to how far bitcoin has come in the past 7 years:  Nowadays paying bitcoins to buy pizzas looks much more like a monetary transaction (e.g. paying ten dollars for two pizzas) than like a barter transaction (e.g. paying a basket of apples for two pizzas). But it does so only because we have come to view bitcoin more and more as a medium of exchange rather than as a mere commodity, while that certainly was not the case back when this transaction took place in 2010.