In the case of a commodity money such as gold these requirements are satisfied as a result of the physical nature of the commodity: the potential supply of gold is limited by the total amount of mined or mineable gold in existence and by the cost of mining gold; moreover, if you give a gold coin to one person you cannot simultaneously give it to another person.

In the case of fiat money governments typically have a monopoly on its creation (although in the exercise of this monopoly they partner with and/or can delegate some of this creative power to central banks and commercial banks) so that everybody else can't go around creating new units of the fiat money at will.

And the problem of double spending is taken care of by either banks (if you use your bank account to pay somebody the bank makes sure that you don't spend the same money somewhere else at the same time) or the physical good itself (you can't give a coin or a bank note to one person and to another person at the same time).

Bitcoins, on the other hand, are wholly virtual and immaterial. Moreover, the bitcoin network is maintained in a decentralized way. So how can bitcoins still be scarce and rivalrous goods? 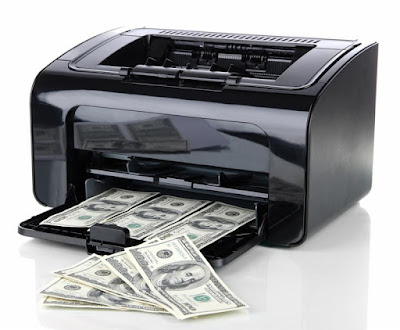 A Virtual Medium of Exchange
The characteristic feature of these kinds of immaterial goods is that they are non-rivalrous: I could have an idea and you could have the same idea at the same time.

And like other immaterial goods such as songs, algorithms, stories and inventions, they can be copied or instantiated in a material form. Software may come on a disc and run on a computer, a song can be played by a band or played on the radio, and an invention to improve a certain type of engine in a certain way can be used by a car mechanic or automated in the form of a robot.

This also means that these kinds of immaterial goods are not scarce in that they can in principle be copied as many times as one would like.[1] So typically with immaterial goods you can create them at will and you can consume or use one and the same immaterial good in more than one way simultaneously. These features obviously threaten the key property of scarcity that a medium of exchange has to posses.

The great innovation behind Bitcoin, however, is that there is now a way for a virtual medium of exchange to satisfy both criteria without the need for a physical nature and/or for a government that controls the supply and/or banks that prevent people from double spending it: the limits on the increase in its supply and the impossibility of spending one and the same bitcoin in two or more places simultaneously are enforced by the rules of the software and the network of computers instantiating the software and performing various functions within it (e.g. miners help prevent double spending and are rewarded for this work with a chance of receiving the newly and algorithmically created bitcoins (and/or fees).

It then seems safe to say that bitcoins are scarce in that the demand for bitcoins is greater than its supply (which is also one condition for bitcoins to have a price) and that bitcoins are rivalrous goods in that if one person consumes (in this case spends) a bitcoin then that same bitcoin cannot simultaneously be consumed (spent) by another person or by the same person in a different way. Bitcoins can neither be created at will nor spent in more than one way at the same time.

WTF?
But hey, this seems to mean that bitcoins are scarce and non-scarce, and rivalrous and non-rivalrous at the same time. They are scarce in that the demand for them is higher than their supply and they are rivalrous in that it is impossible to spend one and the same bitcoin in two or more ways simultaneously.

At the same time, they are non-scarce in that they are immaterial goods and as such it should be possible to copy them as many times as one would like and to consume one and the same bitcoin in more than one way simultaneously.
How to make sense of and resolve this apparent contradiction?

Resolving the Paradox
Let's use an analogy. Suppose I create a party game, say a kind of charades that is played by 5 teams. Each of the teams start out with 10 points. So there are 50 points in total at the start.

For every correct guess a team gets 2 points. These points are created out of nothing. So the supply of points can increase by 2 at every turn. Before she starts, the person acting out the word or phrase can also place a bet with the other teams (who already know the word). For example, if she is very confident she could bet 5 points with 1 or 2 other teams, provided these have enough points on their balance. These bets do not create new points but move points from one team to another.

After each turn the teams' point balances are adjusted based on the outcome. So if team A guessed the word correctly they get 2 new points and if they had also bet 5 points with another team they get another 5 points while the other team loses 5 points. 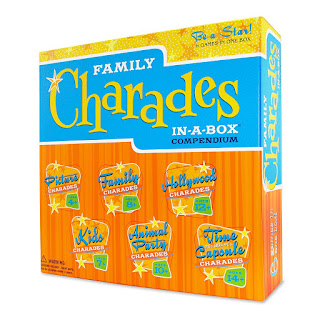 The points in this game are entirely virtual. Nothing is actually being 'transferred'. All that happens is that imaginary balances are created and then continually updated according to specific rules that are followed by the people playing the game. There are only 50 points plus 2 extra points per correctly guessed word 'in circulation'. And one and the same point cannot be on more than two balances simultaneously. Within the rules of the game the points are scarce and rivalrous.

Moreover, the rules that guarantee this scarcity and rivalrousness are enforced in a decentralized manner by the participants in the game. When one team suddenly claims to have 70 points on its balance while the other teams all have them at 60 points, the other teams will call them on it.

Within and Between Games
But this same game can be played at many different parties at the same time, and so there is effectively no limit on the number of points that can be created at will. All it takes is for another group of people to start playing the same game at which point another 50 points are created out of nothing. Moreover, each of the numbered points can then exist on more than one balance simultaneously in that point #4 can exist on the balance of team B at a party in Toronto but at the same time also on the balance of team A at a party in Amsterdam.

So here we have a situation in which it seems that the points are scarce and non-scarce, and rivalrous and non-rivalrous at the same time. The apparent contradiction is resolved once we realize that the points are scarce and rivalrous within a given game, but that the game itself including all its elements and rules can be copied - or rather instantiated - at will so that it is non-scarce and non-rivalrous.

If this is allowed then the points of different games are fungible and the number of points even within any given game is no longer scarce as all it takes is to create a game somewhere, anywhere, and then transfer these newly created points to the old game. Moreover, the points would no longer be rivalrous because each of the numbered points could be so transferred so that for example point #4 could come to exist on the balance of team A and B in the same game at the same time: after all, there are now two instantiations of point #4. If this were to happen it would of course not take very long for the whole point of using points in this party game to become, well, pointless.

Where Does This Leave Bitcoin?
The situation is similar in the case of bitcoins. Bitcoin and bitcoins, the system of rules that govern how the ledger works and the entries in the ledger, can be copied or rather instantiated at will. Anybody who has the software can start a new Bitcoin network if she wants to. I don't mean that anybody can create new types of virtual currency (alt-coins) at will on the basis of the Bitcoin software but with some tweaks and other changes (although obviously this is also possible) but that anybody can create an exact replica of Bitcoin any time she wants.

Of course in the case of Bitcoin it will be much harder to find enough people and computers to instantiate, maintain and secure the network than it is to do the same thing in our party game example but it is theoretically possible. And in this sense Bitcoin and bitcoins are neither scarce nor rivalrous.

Notes
[1] To be sure, there are other ways in which goods can be scarce, i.e. in which there is not enough to meet demand. It makes perfect sense to say that good candidates for a job are scarce, or that good ideas for curing disease X are scarce. Here I mean that while there exist a couple of good candidates for the job, or some good ideas for curing disease X, we wish there were more of them. So our demand for such candidates or ideas is greater than their supply, i.e. the supply is insufficient to meet demand.